– The world has been seeing an increase in women’s entrepreneurship as a whole, however, despite all achievements, the obstacles still remain, where the percentage of men is still higher than women when it comes to owning companies, the study further said

– According to the World Economic Forum’s Global Gender Gap Report 2022, women have been impacted more by the pandemic as compared to men

As the data above suggests, even though there has been an increase in female entrepreneurs across the globe, there are still many women who continue to encounter severe challenges when they think of starting their own businesses.

Let’s have a look at some of the important facts. 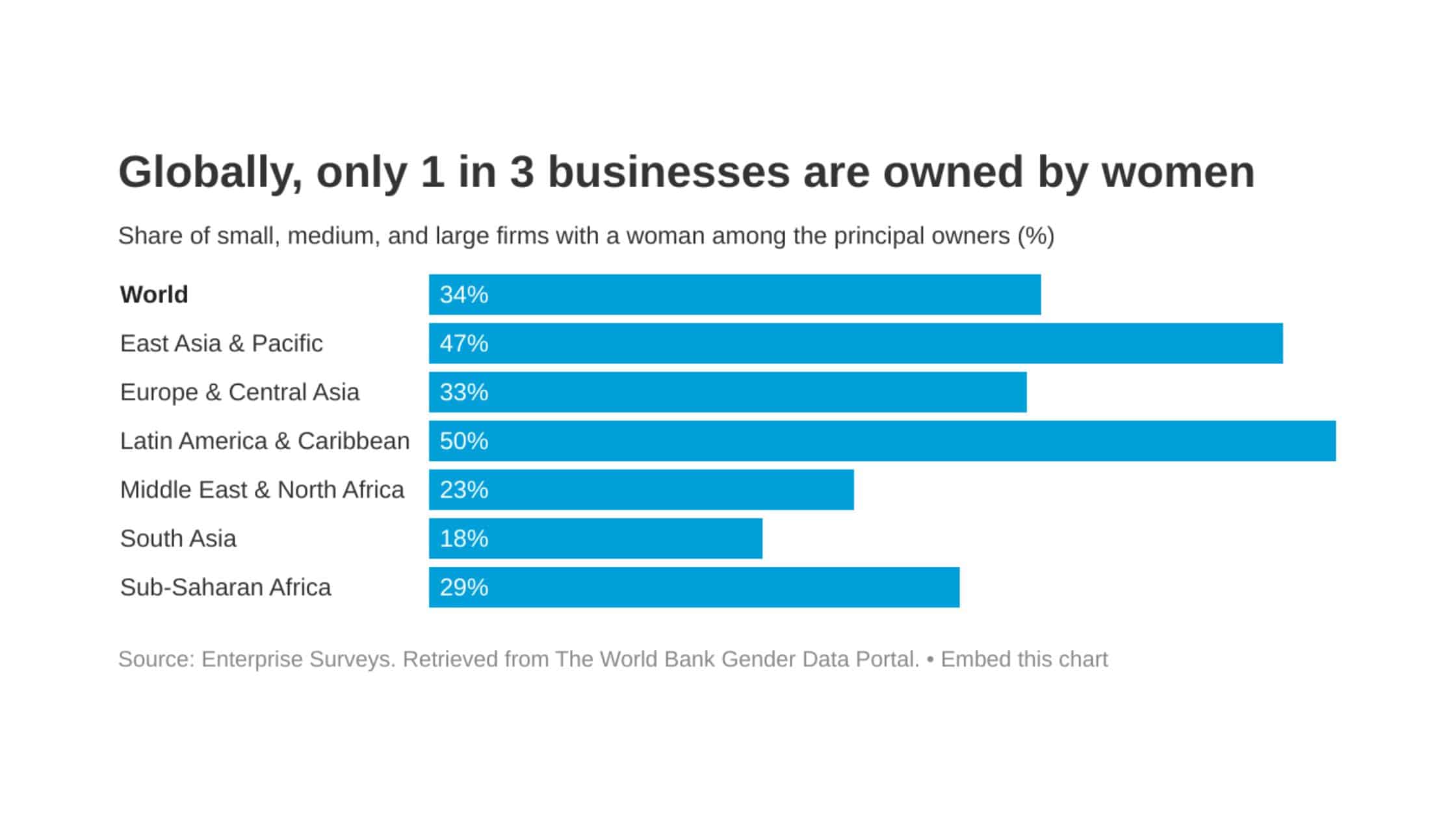 The US Saw a Startup Boom

As per a recent survey, most women founders and founders of color have been leading a boom that helps in new business creation all across the United States. According to the data found by the survey, almost half of the startups in 2021 were founded by women.

The report mentions that these trends show a “dramatic increase” right from 28% of women starting new businesses in 2019 till now in 2022. It indicates that most women entrepreneurs were able to identify an opportunity in the pandemic, and they seized it.

Besides this, there has been a three-fold increase in more Black and African American entrepreneurs, the numbers being 3% in 2019 to 9% in 2021. This data reveals that there were more than 5.4 million new businesses that saw the light of the day, and that too in the middle of the pandemic.

The UK Saw a Rise of Microbusinesses

The pandemic also kickstarted a new dimension to entrepreneurship in the UK. The pandemic has led many young people, women, and ethnic minorities to start their own microbusinesses, with a workforce of not more than 10.

Recent research by GoDaddy has discovered that women now have been running almost 40% of micro-businesses in the UK, which has risen from 32% before March 2020. The young folks are also getting very active. Starting from March 2020, the percentage of people under 35 started doubling, right from 16.4% to 34%.

Then, of course, there are the minorities, where Black founders grew significantly from 5.4% before the pandemic to 6.6%. The Asian community saw a rise in entrepreneurship too, which is from 10.1% pre-pandemic to 11.9% post-pandemic.

The developing countries also saw a rise in female entrepreneurship. According to the World Bank’s Female Entrepreneurship Point report, there is one female founder between 8 to 10 million small and medium-sized enterprises.

Apart from the agricultural sector, there have been about one-third of women have been self-employed in sectors like retail and service. While women work from home, there is an opportunity for them to take care of all the competitive demands of the market. However, in developing countries, there are a lot of obstacles for women, like there are no proper forums to access finance and legal biases, including property.

This mostly happened because women had to take care of the majority of caring and household responsibilities, and many of them suffered job losses, especially in sectors like hospitality and retail. All of this has led to a huge fall in women’s participation in the workforce, which has been from 60.1% last year in 2021 as per the 2021 edition of the Forum’s 146-country report to 51.7% this year in 2022.

Women Must Get Higher Wages

This year in 2022, inequality in wages will be significant, and this is happening because women are earning 2% more on average than what they earned in 2021. However, men have been earning around 1.8% less than last year.

Experts say that it is going to take another 151 years to close the gender gap which prevails globally. On the bright side, there is an improvement here, as the economic gap last year was more than 260 years.

Amid all the negatives, one of the positives that were heralded in the Global Gender Gap Report 2022 is that there has been a change in the kind of roles that women have taken. The data further indicates that the share of women’s roles in the professional and technical fields has increased by 6.7%.